skip to main | skip to sidebar

Excerpt from The Edge Galerie


Awarded by KL mayor Datuk Seri Ahmad Phesal Talib at the closing ceremony of the Art in the Park (ATP) festival held at the Perdana Botanical Gardens in Kuala Lumpur, the winning sculpture was described by one of the three judges as an idea that was most engaging to the public. 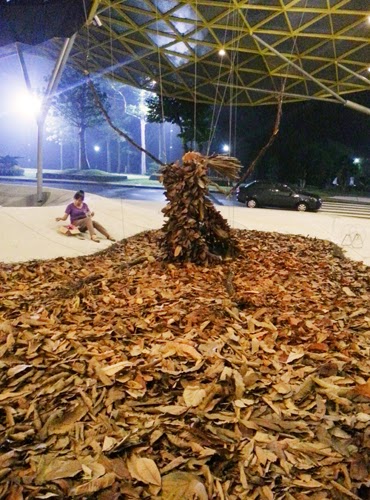 The judging panel comprised top contemporary artist Ahmad Zakii Anwar, Singaporean architect T.K. Quek and Metropolitan Museum of Manila former director Cora Alvina.
“The use of leaves and branches as found objects from the park makes it ephemeral and botanical, and it deserves to be acknowledged in this inaugural award for its ambitious idea and execution,” said Alvina, in her citation of the sculpture.


Entitled, ”Walk in the Park”, Foo’s interactive sculpture was suspended beneath the expansive roof of the Perdana Canopy pavilion.
The marionette could be moved by visitors via a crank-and-pulley system. The artist explained that her intention was to transform the unexpected into art and beyond the norm of sculptural installations. The work actually focused on the fragility of life, reflected in the materials used.
See more at The Edge Galerie
Posted by LFSS at 3:10 PM No comments:

Walk in the Park 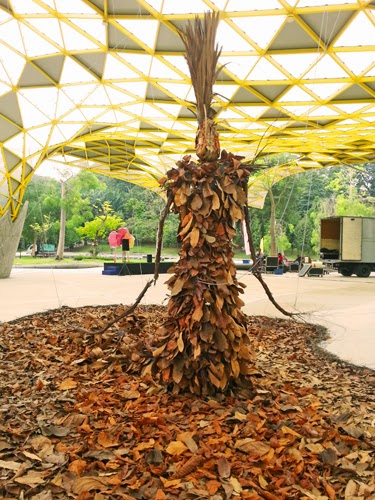 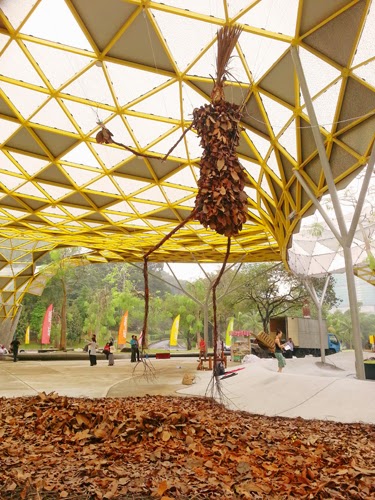 Walk in the Park by Lisa Foo
Approximately 15 feet high, this gigantic, organic and interactive moving marionette is made of leaves, twigs and branches collected in the Perdana Botanical Garden. It represents the fragility of life as the marionette naturally withers away during the festival.
Giving the organic leaves, twigs and branches a second life, the public have the opportunity to interact and manipulate the movement of this puppet to their delight. An awareness to appreciate nature and life through art. 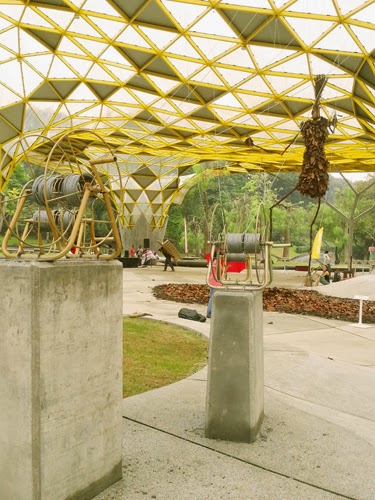 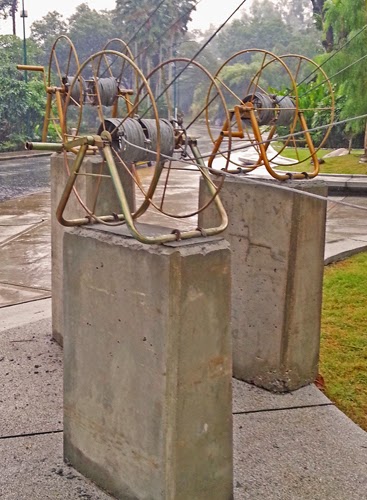 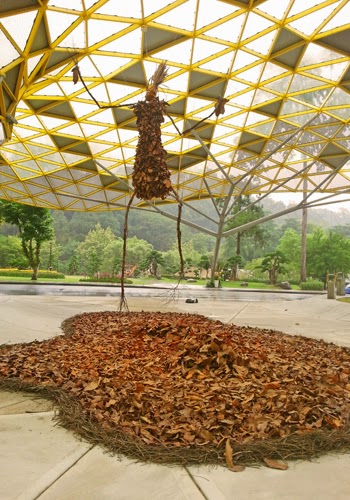 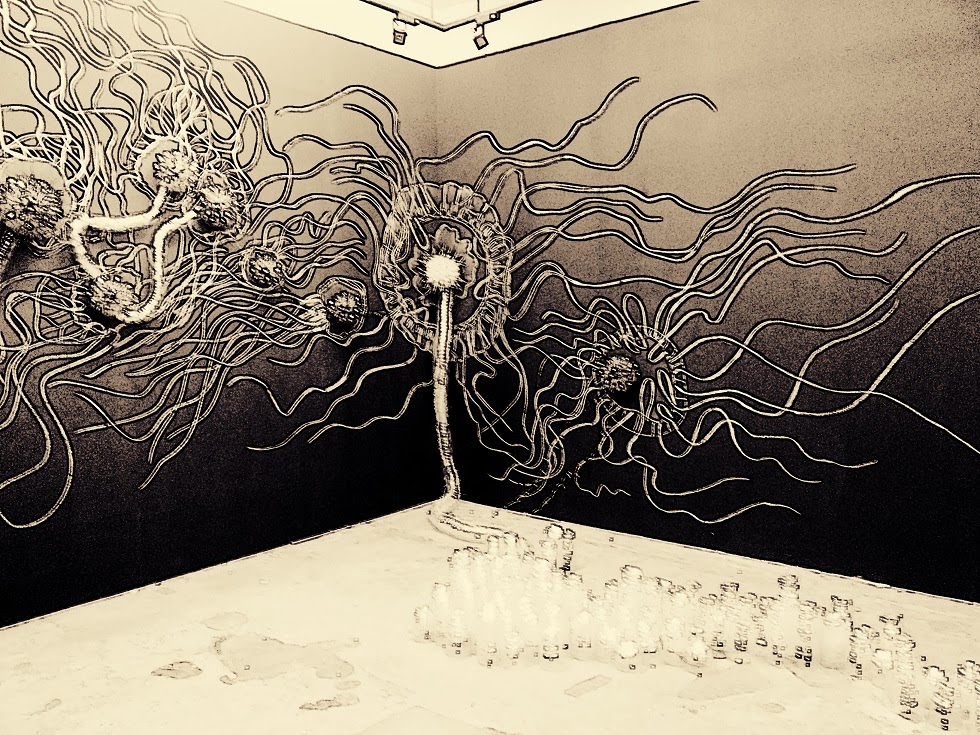 Young Malaysian Artists II is an exhibition initiated by Galeri PETRONAS to celebrate young artists. New Objection is a collective effort to create artwork that are free from any form of restrictions, regulations or barriers. It aims to explore new creative abilities in the hope of discovering new art idioms or vocabulary. Using the combination of modern techniques, these artists manage to skillfully maneuver the traditional aesthetic concepts while highlighting the meaning of their artworks.
Curator: Badrolhisham Mohamad Tahir.

Artist Statement
Posted by LFSS at 1:54 PM No comments:

This blog was originally started with the intention to feature our 'green' initiative in creating awesome and fascinating lighting sculptures using all parts of the plastic mineral water bottles. We hope to inspire people from all walks of life to view and re-think about using plastics in a different manner instead of just treating it as waste.
Selected artists of interest will also be featured on this blog to provide a wider range of artistic ideas from different fields.

LFSS
This blog is moderated by LFSS. For further information regarding LFSS & featured artists please contact us at lfss.reuse@gmail.com